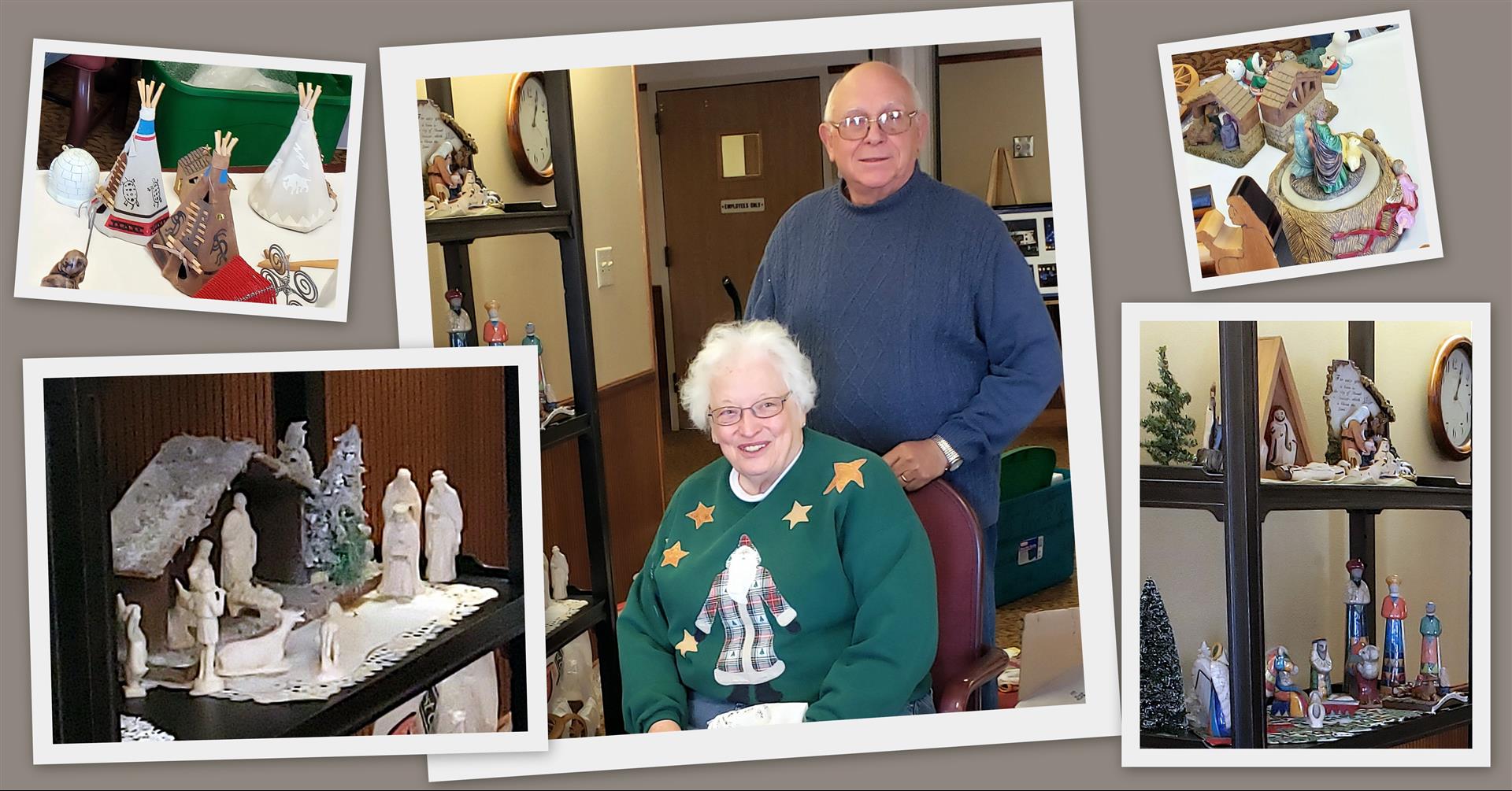 Collecting nativity sets from around the world is more than just a passion for residents Tom and Ruth Fowler, it’s a lifetime of sharing memories together as they’ve traveled the world in search of the next addition to their collection.

“It started in 1958. Tom was a Spanish teacher and took students to Mexico one summer. I stayed home with our small child, so he brought a small nativity set with him back home. It kind of grew from that,” said Ruth.

In the 62 years that have passed, the Fowlers now own close to 200 nativity sets and no two sets are alike.

“Some are made out of animal bone and several are wooden,” said Tom.

Ruth added, “A lot are ceramic and some hang on the wall. There are metal ones, and I have a Waterford crystal set. Some are similar but all are different.”

Over the years, the sets have been souvenirs purchased on trips together.

“We’ve traveled a lot—we’ve been to all 50 states and 36 foreign countries. We leave in the middle of February to travel the Panama Canal.”

Ruth added, “While we’re there, I hope to find a nativity set from the South American countries.”

The Fowlers also have their children to thank for their collection.

“Our son travels a lot and he usually brings me one or two sets from different countries every year. That’s my birthday or Christmas present,” said Ruth.

Sharing these nativity sets with our community was a Christmas present to all of us!

“They scattered them all around the Presbyterian Manor—in the main dining room, care center and arboretum. We enjoy sharing them,” said Ruth.

When their nativity set collection isn’t on display, usually from mid-January to late October, the Fowlers leave a few of the nicer sets up all year in a curio cabinet in their villa. The rest are stored in tubs in their basement.

“We’re fortunate to have a basement. My husband keeps telling me we have a full basement and an apartment,” said Ruth.

While the Fowlers are somewhat new residents to Presbyterian Manor—they moved in during May 2019—they have a history with this community. Tom was on the Emporia Presbyterian Manor board for several years and both his parents lived here along with six of his mom’s relatives over the years.

“Two of my aunts were some of the earliest residents at the Presbyterian Manor. Maybe the second and third residents here,” said Tom.

Ruth added, “We really enjoy it here. The Presbyterian Manor provides a very comfortable setting and you can participate as little or as much as you want to.”

PHOTOS: Residents Tom and Ruth Fowler with a few nativity sets from their 200+ collection.

Posted on
January 8, 2020
by
Cindy PMMA
filled under
Residents
Holidays
Back to Blog