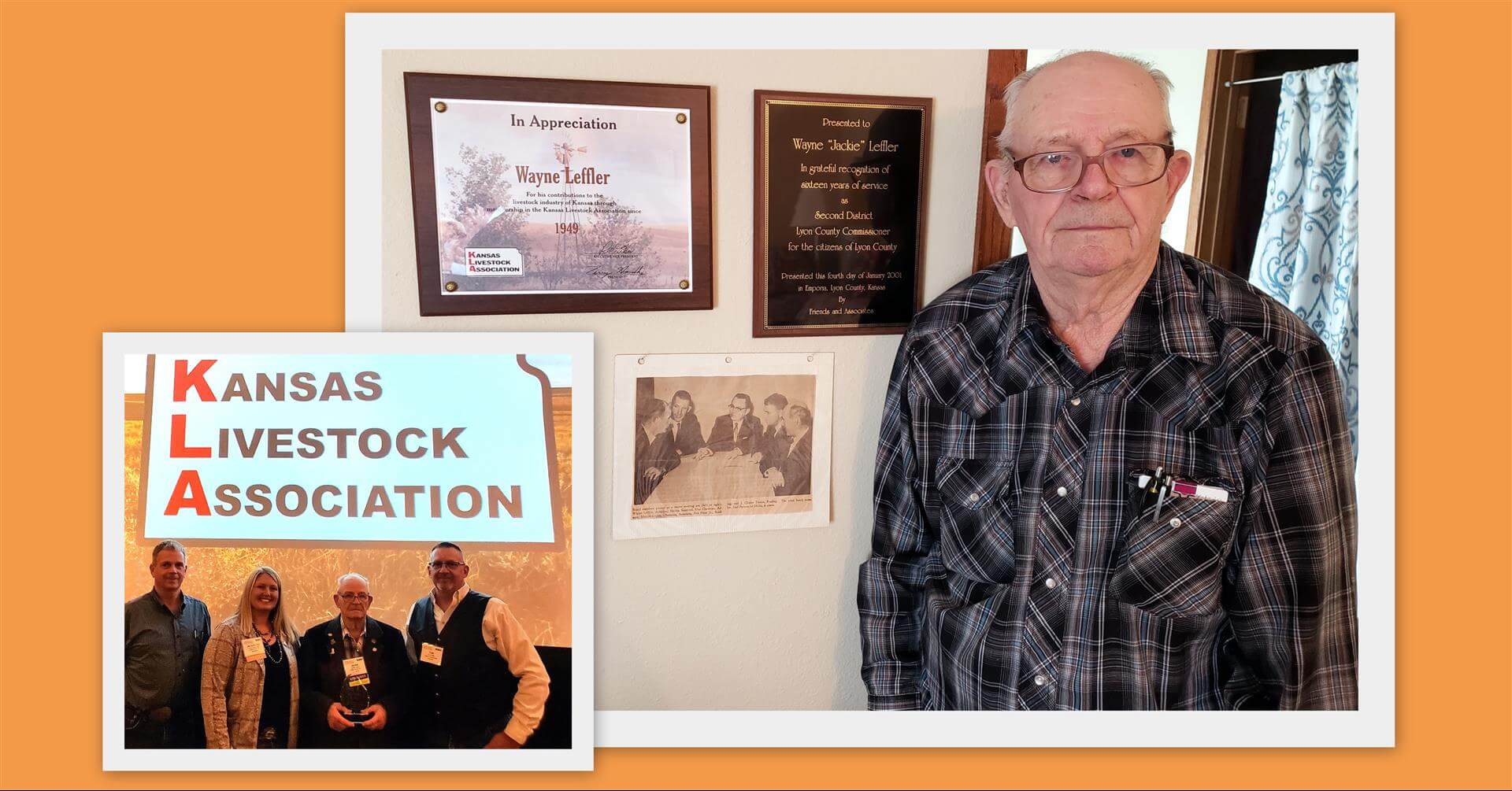 Resident Jackie Leffler honored with 70 years of dedication to KLA

In December of 2019, resident Wayne “Jackie” Leffler was honored during the Kansas Livestock Association (KLA) convention in Wichita for supporting the KLA for 70 years. Of the association’s 5,600 members, only 107 members have belonged to the organization for 50 years or more.

“Jackie is very proud to have received this award and has it, his nametag from the ceremony and photos on his living room wall in his apartment,” said Crystal Stock, marketing director.

Jackie was introduced to farming in 1941 when he moved to Americus, and he and his parents farmed together. He first joined KLA in 1949, the same year he graduated from Americus High School.

To Jackie, the KLA was a great support for their farming questions. “It’s a very nice organization that works for the ag department. If I want to know the rules or regulations, I can call and they will dig up the information for me,” he said.

In 1954, Jackie married his late wife, Mary. In 1966, the couple started their own farm, Leffler Farms, Inc. They registered it with the KLA that same year and over the years received many awards from the Flint Hills Beef Fest with the cattle from their farm.

Today, Jackie continues to be involved with Leffler Farms, which is now run by his son, Bill. They farm cattle, corn, wheat, beans and hay. And they continue to sponsor the Beef Fest every year.

In addition to farming, Jackie served in the Second District Lyon County Commissioners Office for 16 years. He and Mary have four children – two sons and two daughters. The couple would’ve been married for 65 years on October 24, 2019, but she passed away a few days before their anniversary.

Posted on
April 24, 2020
by
Cindy PMMA
filled under
Residents
Back to Blog