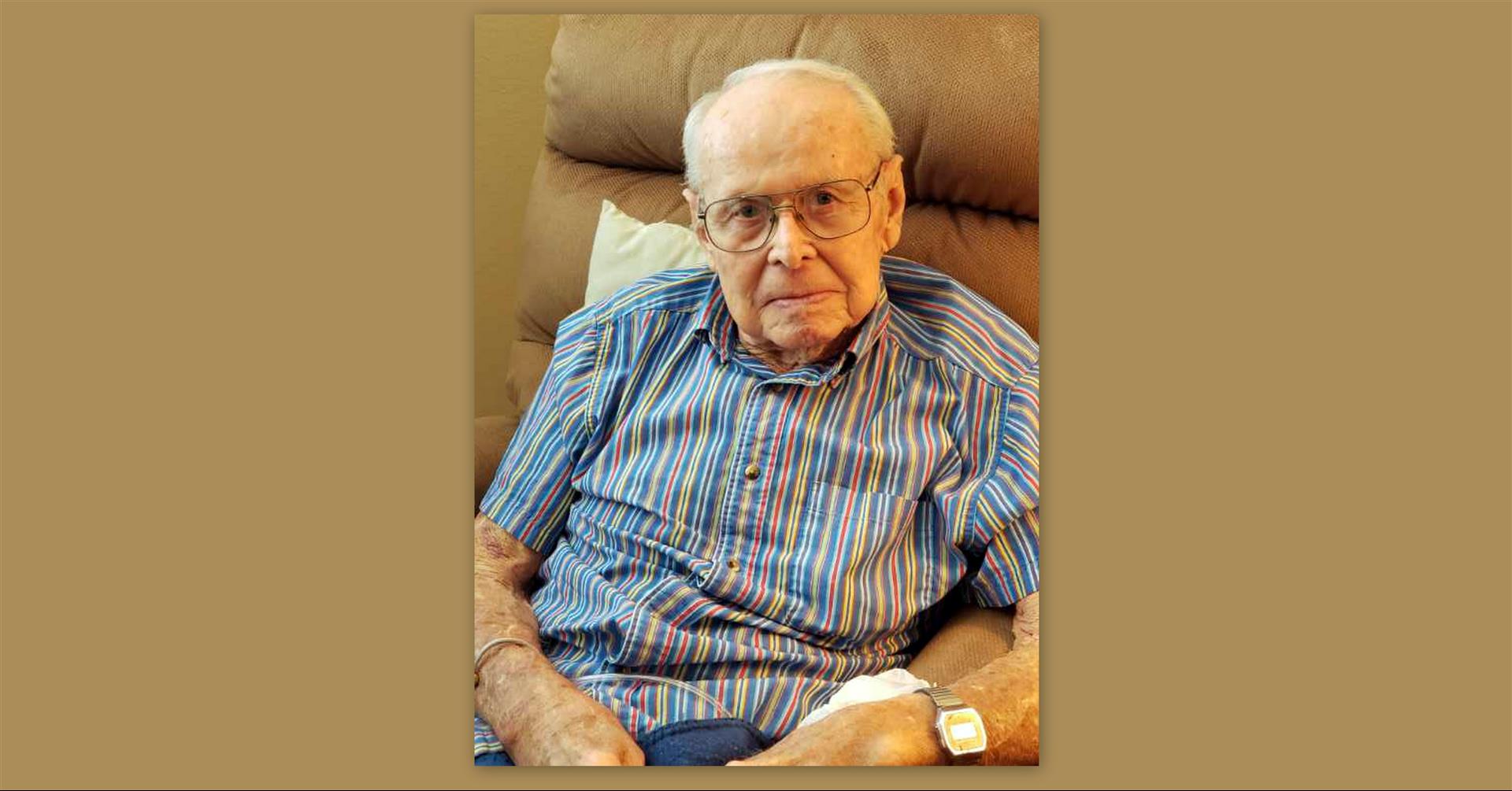 Of all of Bob Doudican’s achievements, family comes first

From traveling the world to his involvement in the Emporia community, resident Bob Doudican has experienced a number of accomplishments. But his family is what he’s proud of most of all.

Bob and his wife Ann have lived at the Emporia Presbyterian Manor for a couple of years, but their connection with our community goes back much longer – Ann was always very involved with Presbyterian Manor before serving on the mission committee, which she did before moving here and continues to do so.

The Doudicans have three children: Bobby, Barbie and Becky. Bobby owns a local, well-known BBQ restaurant, “Bobby D’s,” Barbie is a teacher in Emporia and Becky works for the local Department for Children and Families. Between them, Bob and Ann have seven grandchildren and 12 great-grandchildren.

While family is Bob’s pride and joy, coming in second of proud accomplishments is creating the parade we now know as Emporia’s annual Christmas parade. When his children were small, Bob had an idea to start a religiously affiliated Christmas parade downtown for his children to experience. He remembers calling all of the businesses the first year. He and Ann weren’t sure anyone would show up. The night before the parade there was such a crowd, everyone had come to celebrate and partake in the event. The parade used to be in front of the Auditorium and before there were speakers to announce the event, someone would stand on every corner with a walkie talkie to tell the crowd what was happening. Because the parade was religiously affiliated, there wasn’t a Santa Claus at the end.

Professionally, Bob has served on many boards in Emporia including Beef Fest and the Lyon County Fair. He also announced at many stadiums and events around town. His work as a representative for a printing equipment company sent him around the world. While he had an office in Stanford, Connecticut, he covered all of South Africa, Nigeria, Kenya, Morocco, Iran and Iraq, all over the U.S., from one side of Canada to the other, Mexico, Australia, New Zealand, Europe, Russia, Japan, England, Ireland, Germany and Jamaica. Of all the places he traveled, Kenya was Bob’s favorite.

Ann accompanied Bob on a number of his trips – and when she wasn’t racking up the frequent flyer miles, she acquired beautiful blankets made of fabric from Morocco, Casa Blanca that Bob would bring home to her.

Posted on
September 26, 2019
by
Cindy PMMA
filled under
Residents
Back to Blog