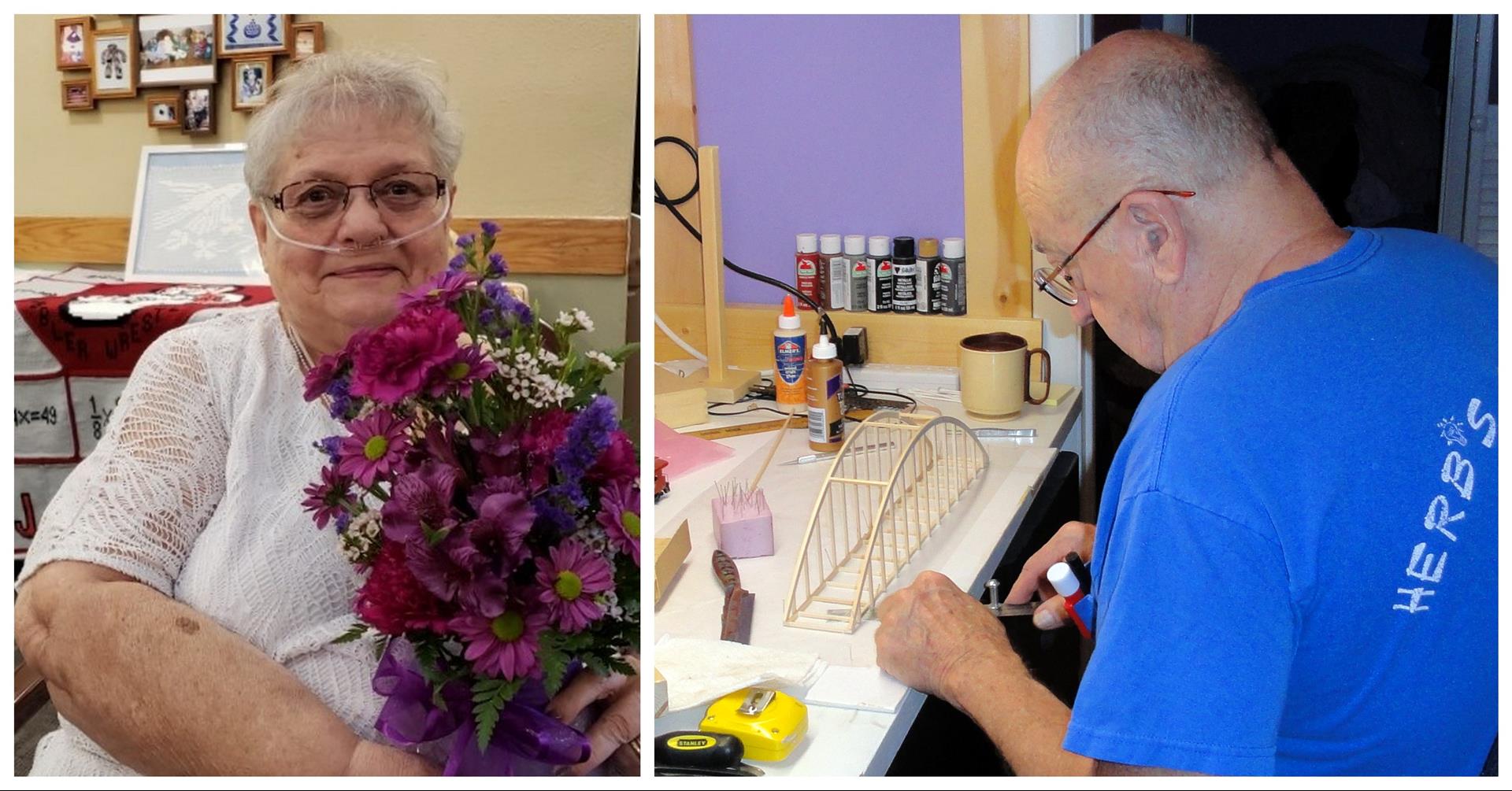 Lorraine and Herb Morton discover more to life as residents

While they had been putting off the idea of moving into Emporia Presbyterian Manor for years, a chain of events convinced Lorraine and Herb Morton that the time was right to move here two years ago this May.

“We had our name on the list for almost five years here. We thought we’d move into a villa. Every time they called us, we were into something and would say, ‘not now.’ Then we came here to attend a seminar about the expense of living in a house vs. the Presbyterian Manor. The morning before that, our son’s father-in-law had passed away. After we attended the seminar, Crystal asked us if we were still interested in an apartment. We looked at it and got to thinking maybe it was time to make the move because we didn’t want the kids wondering what they’d do with one of us when the time comes,” said Herb.

Lorraine added, “We both had grandparents live with us in our childhood. When both of our parents were ready to retire, they said they weren’t going to move in with us—been there, done that. They both moved into senior communities in Winfield like the Presbyterian Manor. We were used to the concept and after both our parents passed away, our kids moved out of town (our youngest son lives in Emporia, that’s why we chose to live in Emporia). I’m so glad we have been proactive. We can be taken care of and our children don’t have to worry about it. We haven’t looked back at all since moving up here. We didn’t leave our home in Winfield, we left a house that we had lived in for 40 years, but we brought our home with us.”

The couple, who has been married for 58 years, moved in the first of May in 2018. Before the boxes were even unpacked, the Mortons were making friends and getting involved in a variety of activities.

“We didn’t come here to die, we came here to live,” said Herb.

And that’s just what they’re doing.

“We were here three days, and a lady came and asked Herb to be vice president of the residents’ council. He agreed to it, and now he’s president and I’m secretary,” said Lorraine.

Every Sunday, Lorraine entertains residents by playing the piano in all three dining rooms on campus. She started piano lessons when she was four years old

“I enjoy playing, especially down in the memory care. They enjoy it so much,” said Lorraine.

Herb enjoys working on puzzles with other residents around the community and is looking for a way to display his model railroad in their villa.

“I had a model railroad layout that I was working on for several years. I was able to bring about half of it up here, but I’m trying to think how I can run it above the doors in our office. I had a mountain railroad that would weave back and forth—about 14 feet long and 4 feet wide—with six different levels of track so it was constantly climbing,” said Herb.

Perhaps even better than making new friends and enjoying various activities, Lorraine’s health has also benefited from their move to the Presbyterian Manor.

“About the time we had decided to move here, I had just been put on oxygen full time. Since I’ve been up here, I think I’ve regained my health. I think if we had stayed in Winfield, I would have been a housebound hermit. I’m feeling the best that I have in the past five years,” said Lorraine.

To sum up what it’s like to live at the Presbyterian Manor, Herb says, “it’s kind of like being on an extended cruise, but I haven’t found the ice cream machine yet.”

To learn more about living at Emporia Presbyterian Manor or to schedule a tour, contact Crystal Stock, marketing director, at 620-343-2613 or cstock@pmma.org.

Posted on
February 10, 2020
by
Cindy PMMA
filled under
Residents
Back to Blog