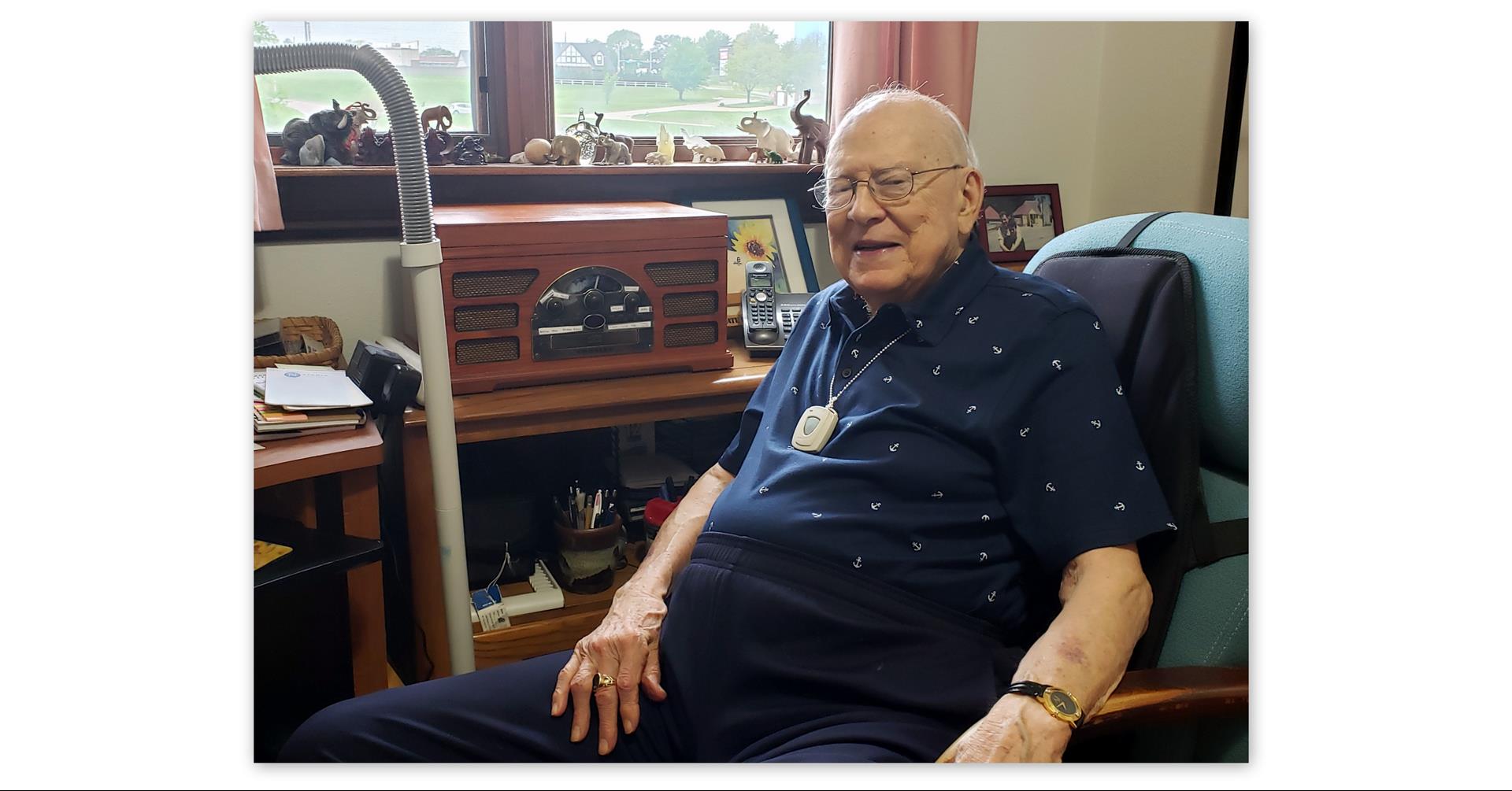 Get to know resident Jim Lowther

In honor of Father’s Day next month, we want to make sure you know a special father (and grandfather) in our community – Jim Lowther.

Jim graduated from the University of Kansas with his degree in Journalism. He and his wife, Virginia, met on the KU campus, even though Virginia graduated from Emporia State University with a degree in business administration. She went on to work for an insurance company and also wore the hat as “housewife.”

Jim started out his career building, or developing, the company that is now Cable One, working with William Lindsay White, William Allen White’s son. Jim also worked for the Emporia Gazette as the assistant publisher for a year and then went to work for Citizens National Bank, where he continued his work while also serving in the House of Representatives for 21 years. He was in the Emporia legislative district and also served four years on the school board.

Jim and Virginia were married on Kansas Day, January 29, 1955. The couple had two daughters – the oldest daughter works for the Area on Aging in Emporia and the youngest daughter is a CPA. The family has grown over the years and there are now four grandchildren.

When asked what he enjoyed most about Father’s Day, Jim shared, “Just being with my daughters and watching them grow. It was a lot of fun.”

He also hopes he’s passed on a few things to his girls over the years, “Their ability to achieve, a strong work ethic and high standards.”

Shortly after moving here, Virginia passed away around Christmas in 2011. Jim remembers that Thanksgiving before her passing fondly – his family and children got together for a big Thanksgiving feast here at Presbyterian Manor. He distinctly remembers this as a wonderful time that he greatly enjoyed.

Today, Jim enjoys life in our community because he feels “comfortable.” When he moved here, problems he had at home were taken away. He enjoys that his needs are met, and that help is available to him as he needs it.

Happy Father’s Day to all the dads in our community! We hope your day is spent with loved ones and cherishing memories together.

Posted on
May 20, 2019
by
Cindy PMMA
filled under
Residents
Back to Blog