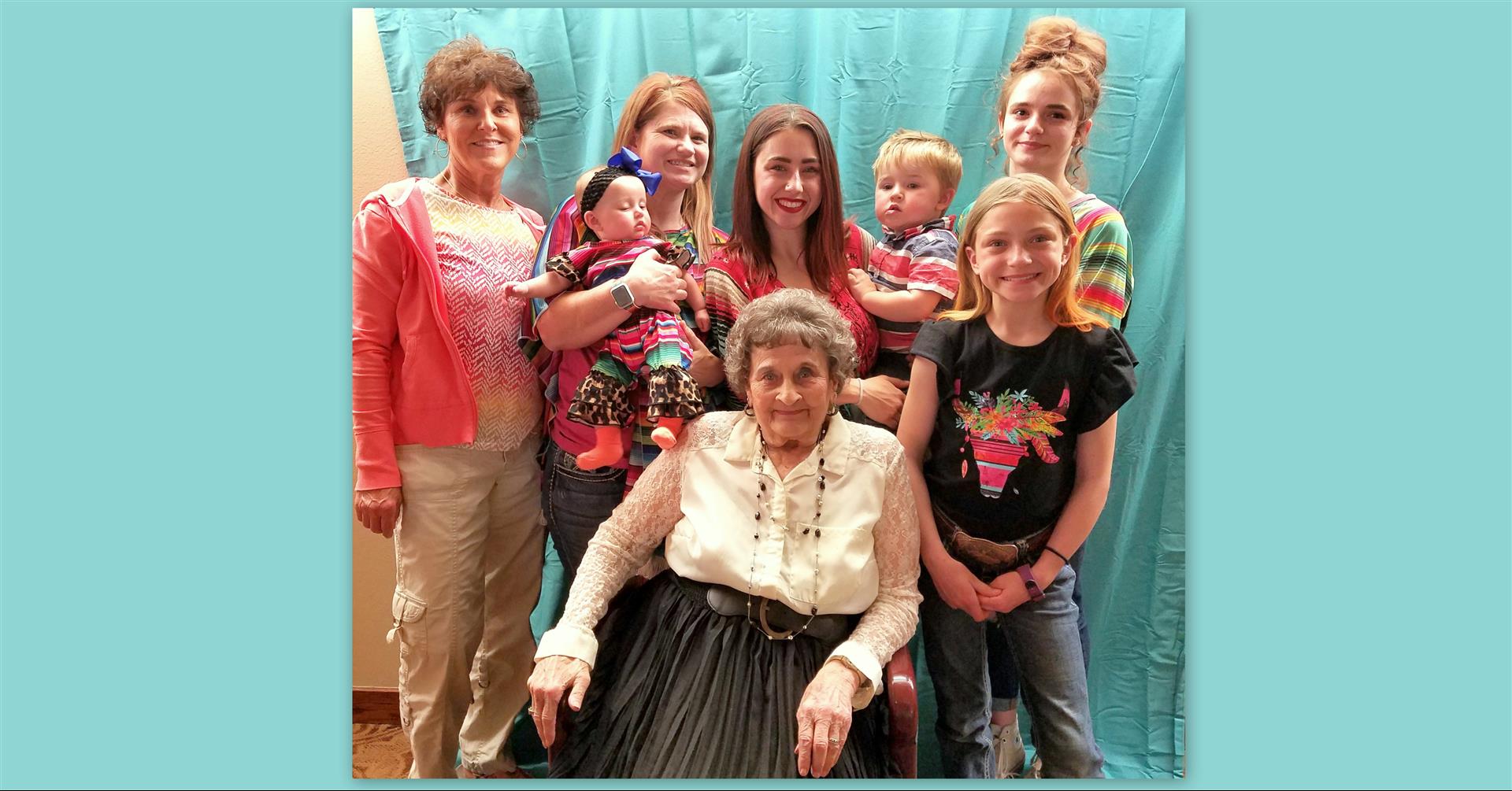 Get to know Gayla “Busy” Browning

Assisted living resident Gayla Browning doesn’t know what it’s like not to be busy. Before she moved into the community a little over a year ago, she dabbled in a variety of different careers, raised a big family and volunteered her time at a local church.

“I’ve been it all. My husband, Billie, and I were married for 53 years and had a fence building business. I did that, I’ve been a secretary, a stockbroker and a waitress. I worked at the historical society with the Senior Employment Retirement program. Working as a stockbroker at West American Security was my favorite occupation. I talked to people all over the U.S. I worked there for five years,” said Gayla.

When she wasn’t on the clock for one of her jobs, she volunteered at her church, First United Methodist.

When Gayla first moved into Presbyterian Manor last year, she went through a bit of an adjustment period.

“I was in the hospital for 30 days and then my daughter moved me here. I hated it. But now I don’t. I’ve changed. I’ve decided I was silly. I got out and have been going out ever since,” said Gayla.

It didn’t take her long to get involved in the community.

“I do a lot of visiting, sit out in the lobby, open the door when people come in. I stay busy,” said Gayla. “I play bingo, croquet, go to music. Whatever there is to do, I do it. I play cards and watch a lot of TV. I like game shows, and I love rodeos. I never did ride, but I sure love to watch!” said Gayla, who has a son, grandson and two granddaughters who participate in rodeos. Her husband rode, too.

How does she feel about living here now that she’s had time to find activities to keep her busy? “I like everyone here and enjoy being here. We have some tremendous nurses. This is a good place to be.”

Photo: Several generations of the Browning family enjoy the Mother's Day Tea. From left to right: Cherryl, Michelle, Ember, Chelsea, Kylar, Cayson and Bileigh with Gayla in the middle.

Posted on
June 17, 2019
by
Cindy PMMA
filled under
Residents
Back to Blog