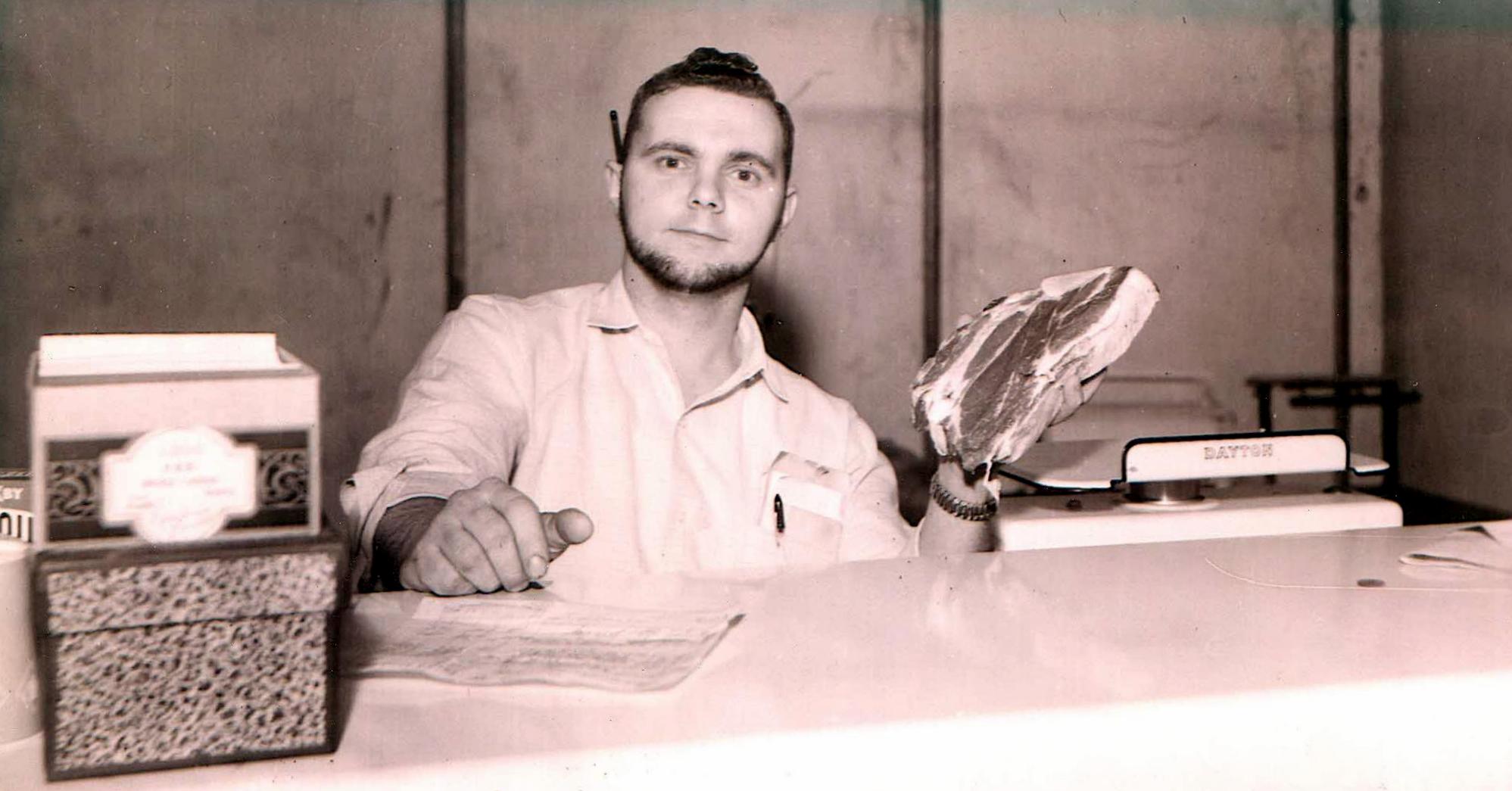 For Bud House, Emporia Presbyterian Manor has provided a new lease on life

Dean “Bud” House loved his work—especially all of the socializing that came with it—so when his career came to a sudden and unexpected end, it left a big hole in his life.

“My dad was always a very social guy in his business life, but he was forced to retire at 45 because of his health and over the past 20 or so years my parents just didn’t go anywhere—his social life came to an end. He missed his customers,” said Rod House, Bud’s eldest son.

In one way or another, Bud had spent his entire career in the grocery business, beginning at an early age at the local co-op in Emporia.

Eventually Bud owned two stores—one in Reading and one in Emporia—and his career in the industry also included stints as a butcher and as a salesman for Emporia Wholesale Coffee Company.

The grocery business was also where Bud met his wife, Mary, to whom he was married from 1948 until she passed away last year. Together, the two held frequent dance parties at their home and were active members of the community.

But when Bud was forced to retire, that all came to an end.

That is until he moved into the Presbyterian Manor community.

“I believe that being at Presbyterian Manor, and being around all sorts of people, has brought him out. He’s the Bud House I had as a kid,” said Rod. “He’s blossomed there. He’s like the Energizer bunny—he just keeps going.”

And the joy Bud is experiencing himself, he’s sharing with those around him

“Bud has been entertaining staff and residents here at the Manor for a whole year,” said CNA Apryl Salender. “He enjoys giving compliments to staff and making them smile. Residents and staff alike enjoy his spunky nature and his quirky outlook on life.”

A fact that seems to have only encouraged Bud.

“Maybe I can get a job at amateur hour,” said Bud.

As a recently rejuvenated 92-year-old, Bud had these words of advice to share with others.

“Live a good, clean life and do whatever you want to do as long as you stay out of trouble,” said Bud. “And enjoy a good bottle of beer—or maybe two or three bottles of beer.”

Posted on
September 25, 2021
by
filled under
Residents
Back to Blog