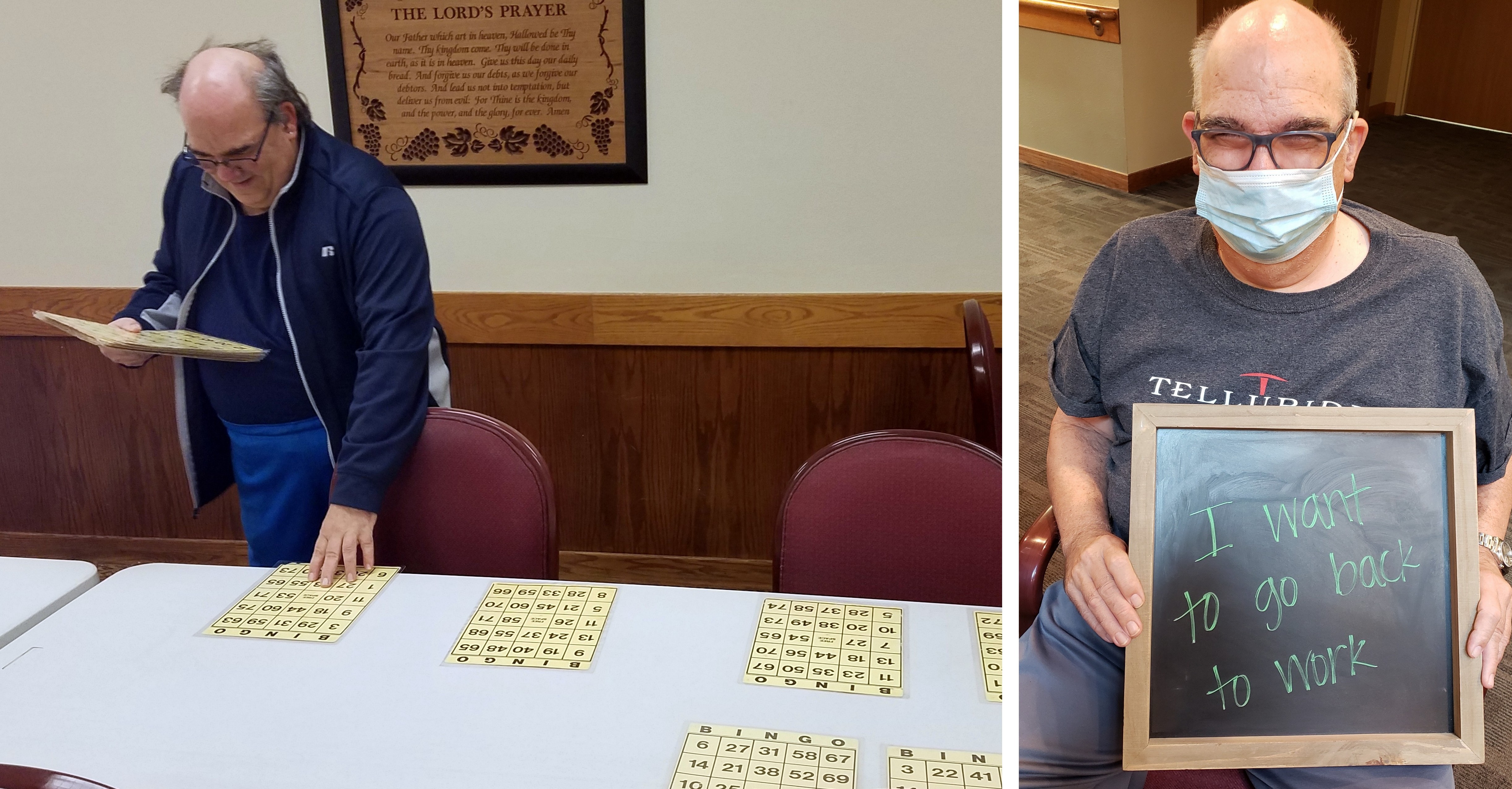 Everybody should have a friend like Bill Wayman. Luckily for those of us who have met him, he befriends others quickly and whole-heartedly. Bill has lived at Emporia Presbyterian Manor for many years. He has an independent living apartment that is decorated with photos from his childhood and with his own artwork, most of which he painted while living at Emporia Presbyterian Manor. Bill’s mother used to live at Presbyterian Manor, and he frequently visited her and made sure her days were pleasant and spent in good company. After she passed away, he continued to offer help and company to his large group of friends – some of whom were dear friends of his mother and had known Bill since he was a little boy.

I met Bill when I started working as the community’s activities director, about three-and-a-half years ago. Bill was incredibly friendly and welcoming, as he is with all new employees and residents. Due to his outgoing and genuine nature, Bill knows a lot of people. He greets residents and staff with, “How’s my friend doing?”

Bill likes to stay active. He goes for walks outside every day. Sometimes, he invites other residents to go with him. Other times, he walks alone, but – if he sees someone he knows – he’s quick to greet them with a smile and ask them about their day.

Before COVID-19 hit, Bill helped the activities department in numerous ways. Every week, he helped to set up the Chapel for BINGO. This entailed moving or putting up folding tables, arranging chairs, and making sure every BINGO player had their cards and marking chips. Once the room was ready, Bill walked back to his neighbor’s apartment to assist her by pushing her to the Chapel in her wheelchair.

Bill also helped when we had live music on campus. Unless he was scheduled to work at the Country Club that day, Bill almost always attended live music events. For these, Bill invited residents to the performances and often volunteered to get them coffee or a soda to drink. When asked about volunteering, Bill said “I like volunteering work.” He said that it’s important to him to “help out people [who] need me.” Bill is also excellent at promoting upcoming activities, by reminding other residents of what is scheduled for the given day. Before the quarantine, Bill regularly attended church services, live music events, snack socials, and games – and helped as much as he could at all of these events.

Bill – like all of us – is excited to get back to doing activities together, in groups. It’s been so long since we’ve had a “normal” activities program (we’ve had to focus on social distancing, which usually means we do shorter, one-on-one activities), that it’s almost overwhelming, thinking about what we should do first. It helps to know that, no matter what, I’ll have my friend Bill by my side, helping to put up tables, gather paint, pass out snacks, and make sure every activity goes as smoothly as possible. In fact, as I was walking down the hall yesterday and saw Bill, he smiled and yelled out, “Let me know if I can help you!”

Posted on
March 24, 2021
by
filled under
Residents
Volunteers
Back to Blog