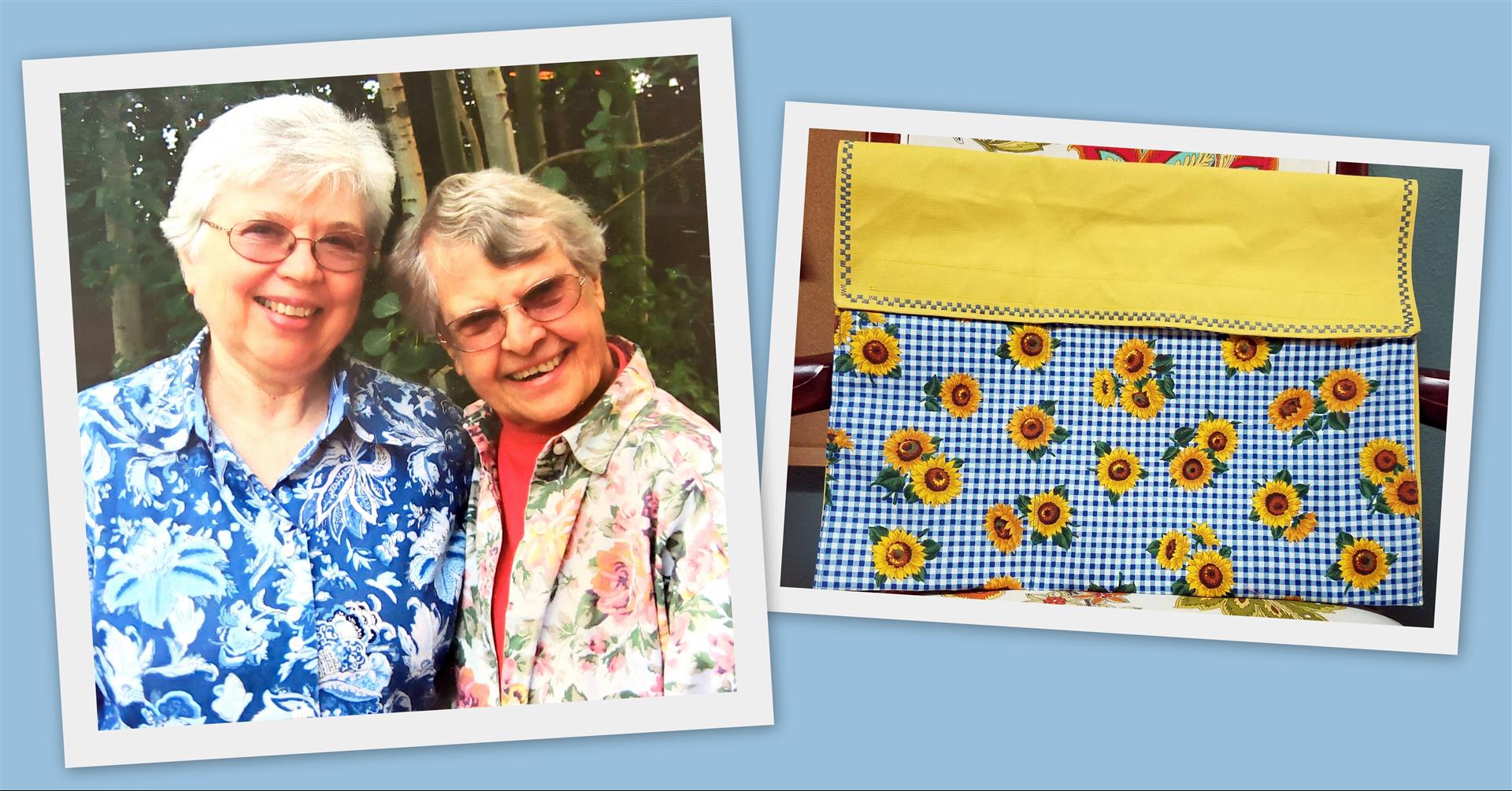 For 38 years, Betty Campbell and Margaret Davidson have been virtually attached at the hip—both personally and in their lives as EPM volunteers.

“I claim them all now, and I think they claim me,” said Betty.

Betty and Margaret’s relationship with EPM dates back almost as far. The two began volunteering at the community soon after it opened its doors.

Over the years, however, the women have found a wide variety of ways they can help contribute to both the community and the residents who live there.

“We do their mending, we make walker bags and peddle bags for the wheelchairs and sometimes, when they work in the gardens, we help with that,” said Betty. (See one of their walker bags in the photo above.)

But it’s the sewing that the women have become known for—starting with the creation of their own line of clothing protectors.

“(The community) was buying them for $10 each. They were slick and the food would fall off and go on to the floor, and we said we could do better than that,” said Betty. “So, we started making them out of cotton and put flannel on the back.”

Having demonstrated their talent, the women’s ingenuity is now in high demand among residents.

“If they want something unusual, they’ll describe it, and we’ll try and figure it out and make it for them,” said Margaret.

As for why the women devote so much of their time to the community, the answer is simple.

“We really are attached to the Manor. We think it’s a wonderful place and want to help all we can to keep it going and from having too big of load,” said Betty. “When we get too old to stay in our house we’ll probably live there too.”

Until then, Betty and Margaret will continue to work in their garden, read and contribute to other senior communities around town.

Posted on
March 20, 2020
by
Cindy PMMA
filled under
Volunteers
Back to Blog